Looking for some fun pom pom craft kits for kids? The following kits come with supplies to make some adorable little pom pom creatures. The great thing about kits are that you won’t have to purchase all the materials separately. They are included which makes pom pom kits not only convenient but also money saving. Often times there are lots of supplies left over even after all the shown creatures have been made.

When my daughter expressed interest in a Klutz pom pom craft kit while shopping at our local craft stores, I took a closer look at what is actually included in such a kit. With a price tag of about $19.99 at the store, there better be something really good inside lol…

I was pleasantly surprised when I reviewed the content of this pom pom kit called ‘Mini Pom-Pom Pets’. It came with several colors yarn, beaded eyes, noses, sequins, wire, measuring tape, etc. All in all, this kit included everything needed to make about 20 mini pets. The only supplies not included were the fork, comb, nail clipers and scissors. I thought that was a great deal until I checked Amazon to see what their prices were. To my delight, such pom pom craft kits were much cheaper there!

Before I showcase a few more kits we have our eye on, I want to show you our video we made. My daughter had to try this kit out right away to make a froggie and I just taped some clips for you:

These pom pom crafts for kids are a great boredom buster during a rainy weekend or while the kids are on winter break. The kits are for kids ages 6 & up. I also bought the Pom Pom Puppies kit that I put away for Christmas. Psst! Don’t tell my daughter!! Below you can view both mentioned kits plus the third display is for both kits together. These are all the available pom pom kits they currently have but one new kit is the making for kitties and will be available in January. You can see and preorder it here. 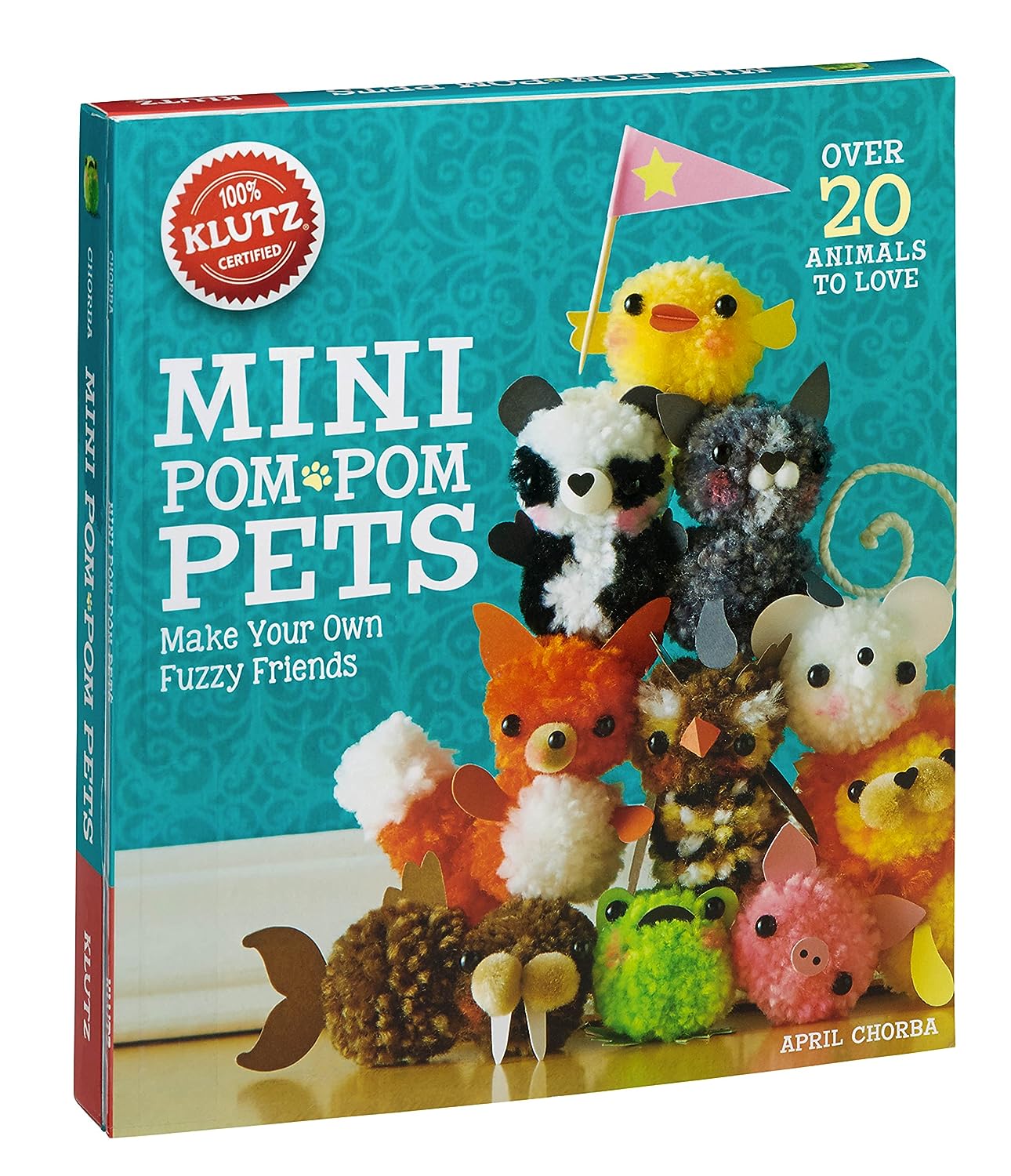 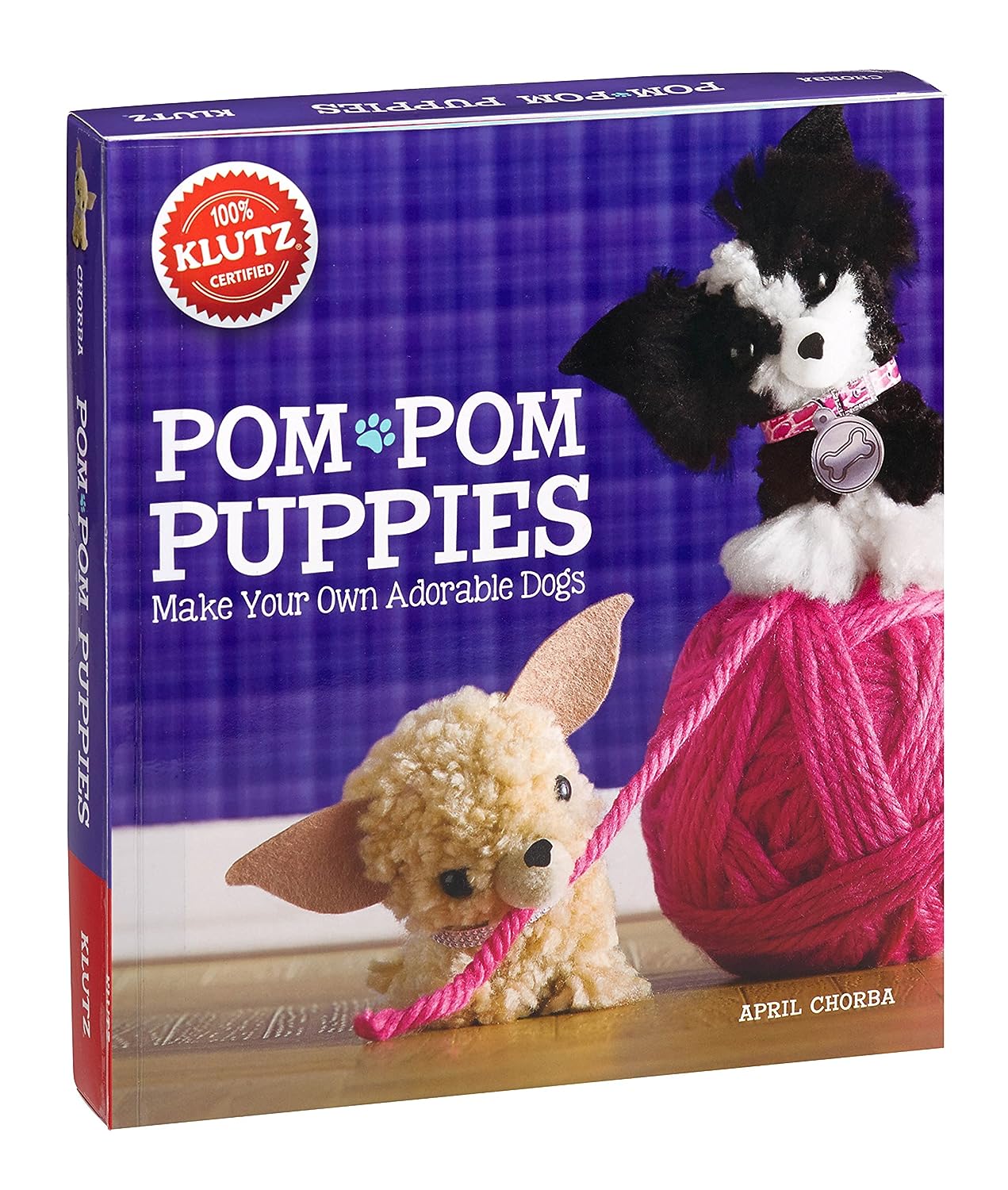 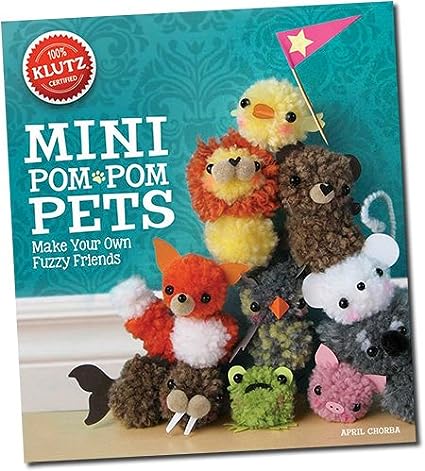 For a quick pictorial presentation, here are some shots I took during the time my daughter worked on a second pom pom animal which was a cute little piggy. 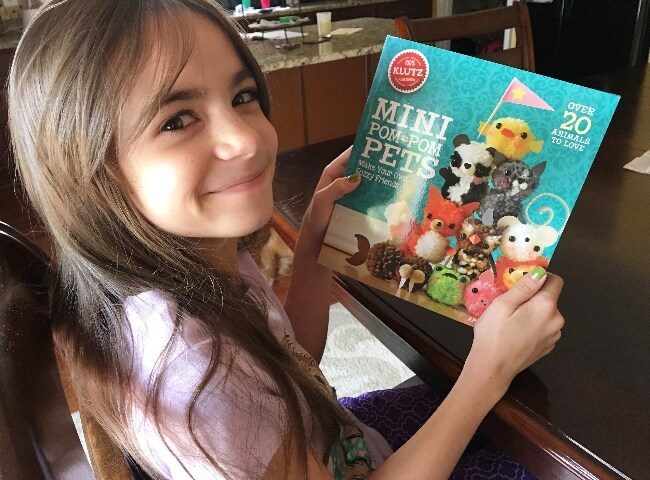 A view inside this kit. 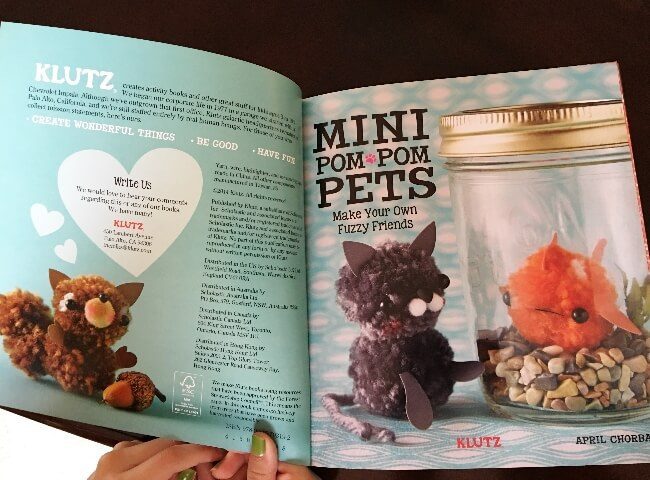 The fun part of making pom pom animals with this kit is that it uses a regular dinner fork! It actually worked well! 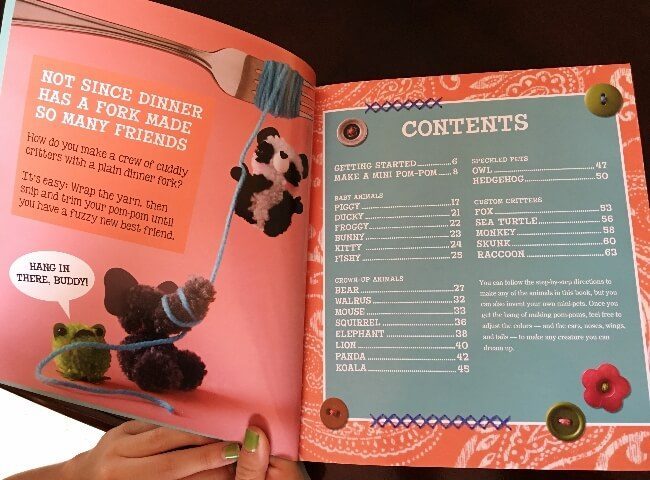 Here is the list of supplies included in this kit. 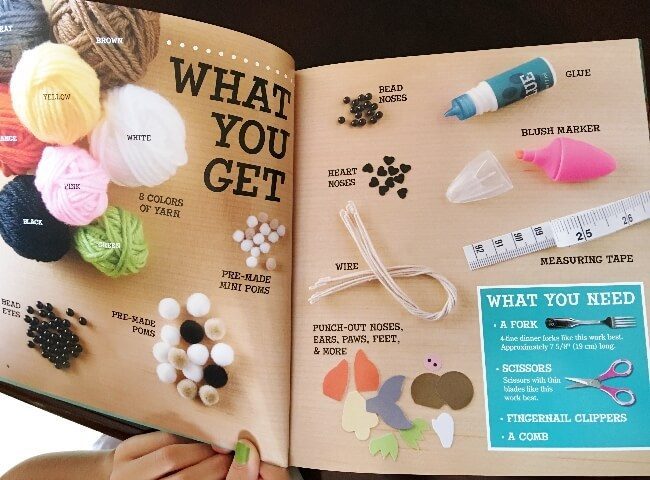 And after opening the kit portion, we found everything that was described above. 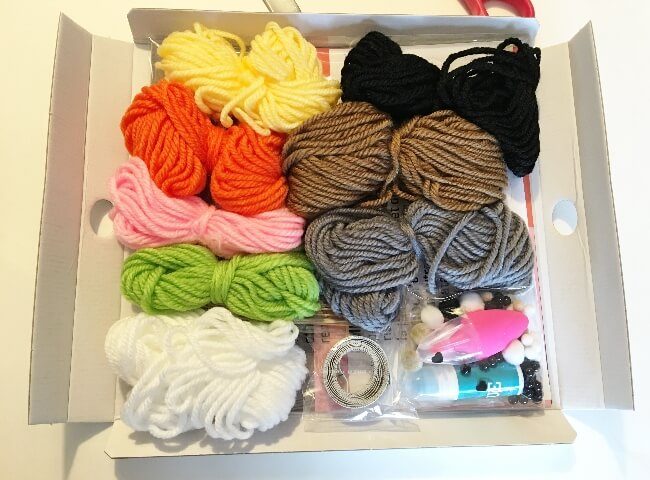 In addition to the provided materials, we also needed scissors, a comb, a fork and nail clippers (which we ended up not using). 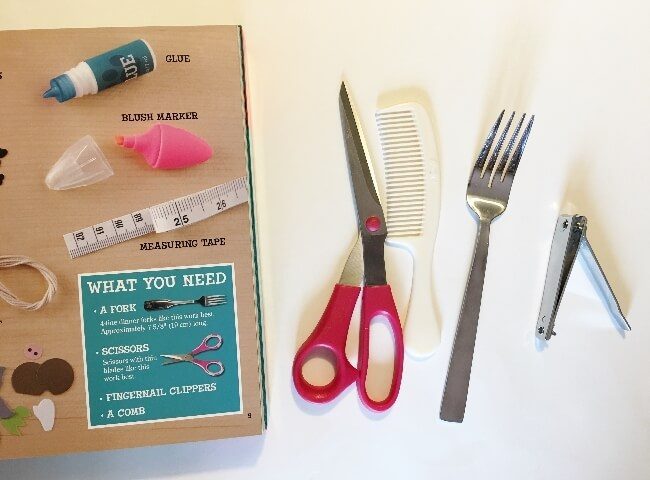 And here is my daughter’s adorable mini pom pom animal, a little piggy: 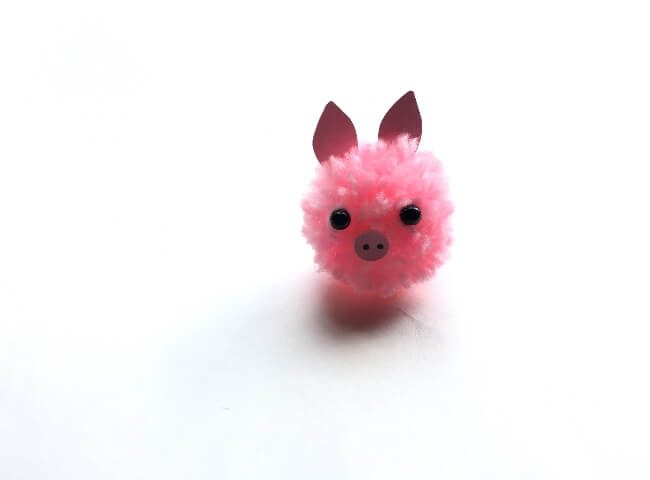 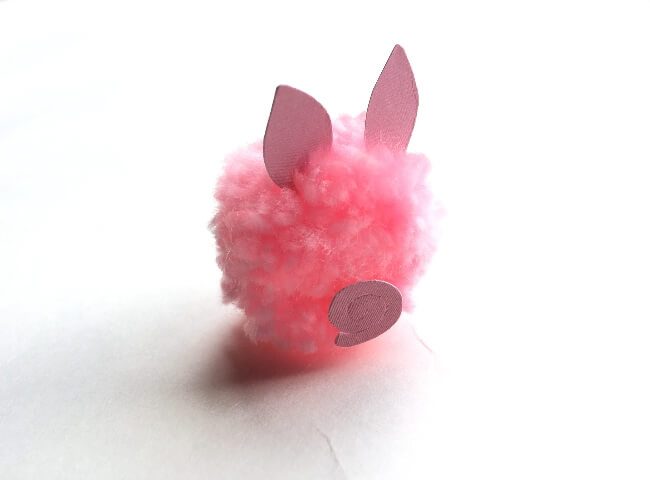 Here is what my daughter said about this kit

I hope that this review gave you some ideas for Christmas gifts for your kids. They will love these little pets for sure! 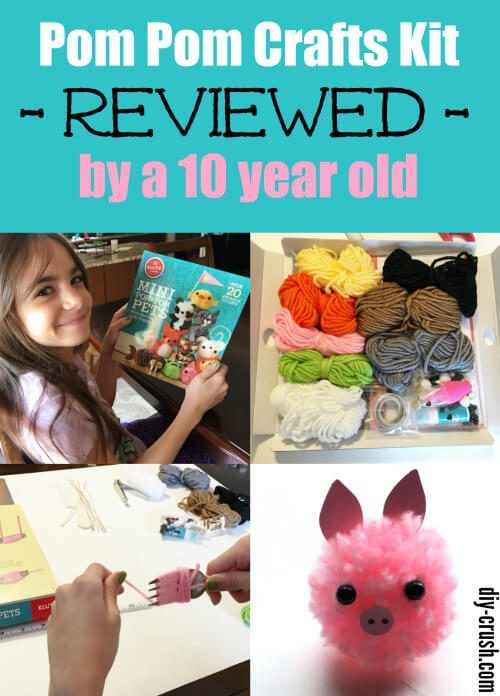 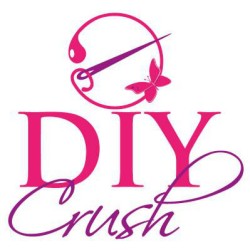 Follow me
Denise
Hi! I'm a craft & sewing loving mom of 2 (+ 1 dog). When I am not crafting or sewing, you can find me playing with my kids and dogs! I am a slow cooker & coffee addict. My favorite color is any color and I have a degree in business management. Hope to inspire you to DIY with me!

This website uses cookies to improve your experience while you navigate through the website. Out of these, the cookies that are categorized as necessary are stored on your browser as they are essential for the working of basic functionalities of the website. We also use third-party cookies that help us analyze and understand how you use this website. These cookies will be stored in your browser only with your consent. You also have the option to opt-out of these cookies. But opting out of some of these cookies may affect your browsing experience.
Necessary Always Enabled
Necessary cookies are absolutely essential for the website to function properly. This category only includes cookies that ensures basic functionalities and security features of the website. These cookies do not store any personal information.
Non-necessary
Any cookies that may not be particularly necessary for the website to function and is used specifically to collect user personal data via analytics, ads, other embedded contents are termed as non-necessary cookies. It is mandatory to procure user consent prior to running these cookies on your website.
SAVE & ACCEPT
Loading Comments...